The Importance of Soil Stabilization 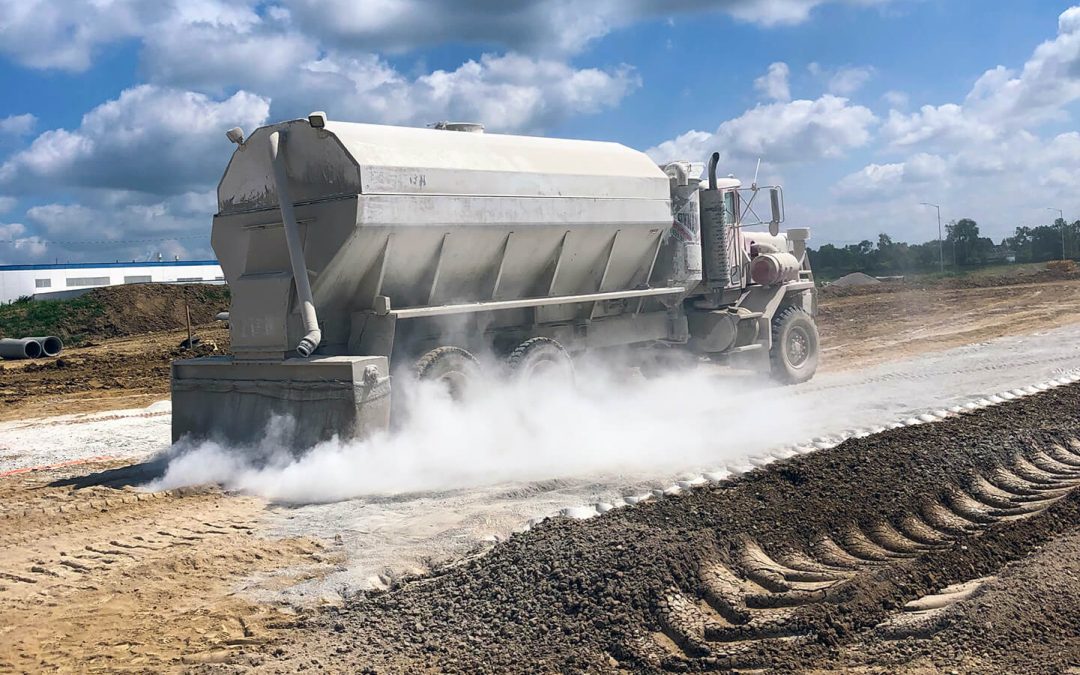 What is Soil Stabilization?

Soil stabilization is a process by which a soils physical property are transformed to provide long-term permanent strength gains. Stabilization is accomplished by increasing the shear strength and the overall bearing capacity of a soil. Once stabilized, a solid monolith is formed that decreases the permeability, which in turn reduces the shrink/swell potential and harmful effects of freeze/thaw cycles. The shrink/swell potential of a soil is the amount that a soil can change in volume depending on the moisture content. Some expansive soils can expand as much as ten percent! This drastic change in volume can easily produce enough force to cause serious damage to a home, building or roadway. Soil stabilization can improve in-situ, or natural state, soils eliminating the need for expensive remove-and-replace operations. Often soils that provide the structural base for roads, building pads or parking lots are chemically treated to control engineering properties of a soil, such as moisture content. Soil stabilization is accomplished by using lime, lime-based products or other chemicals such as Portland cement. These chemicals rely on pozzolanic reactions to form permanent bonds between soil particles. Pre-project testing is essential to be sure that enough material is present to permanently stabilize the soil.

If the stabilized soil layer is incorporated into the structural design of the pavement, the subsequent layers will be thinner resulting in sizable cost savings. Lime Stabilized soils over perform non-stabilized soils when materials, design, and construction are properly considered.

Importance and Effect of Soil Stabilization on Structures

Stabilized soils provide a strong working platform, the foundation for all other parts of projects. After stabilization techniques, weak soils can be transformed by the formation of permanent pozzolanic reactions. Meaning that soils are not liable to leaching and have drastically reduced permeability resulting in reduced shrink/swell potential and increased freeze thaw resistance. In addition, soils that have been stabilized have also under gone some modification. In other words, the soil has physically changed making compaction easier and reducing plasticity. Easier compaction makes achieving maximum dry density easier. Plasticity index is an important geotechnical measure that involves the critical water contents of soils. Any time plasticity in soils is reduced, the soils are more friable and workable.

Get back to work with less downtime.
Get a quote.

What is the Soil Stabilization Process?

The soil stabilization process begins in the laboratory where soils samples are analyzed to determine how much chemical modifier is necessary to permanently stabilize the soil. The Eades and Grim pH test (ASTM D 6276) is typically used to determine the amount material needed to properly break down and stabilize soil. After the application rate is determined, soil stabilization at the construction site can commence. First, material is delivered to the site, usually in pneumatic tankers, but dump trucks and bulk bags are used as well depending on jobsite needs. The material is then spread throughout the site at the predetermined rate, either by spreader trucks or mechanically by excavators. Industrial reclaimers thoroughly mix the chemical modifier with the soil so a number of reactions can take place. These reactions include physical modification of the soil and pozzolanic reactions within the soil that produce long-term permanent strength gains. Some products require a short mellow period to allow reactions to complete. After the soil is thoroughly mixed, compaction, grading and a final smooth roll make the stabilized soil ready for further construction to occur. The final product may be a road, runway, parking lot or building pad. 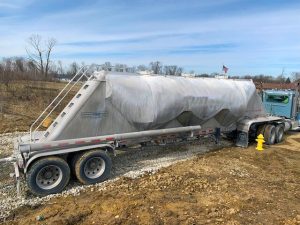 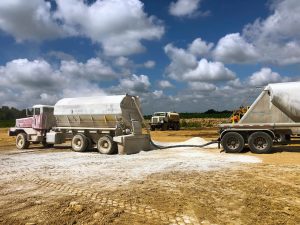 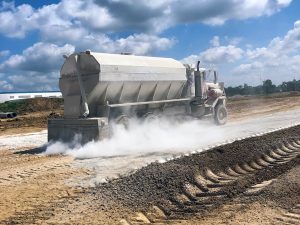 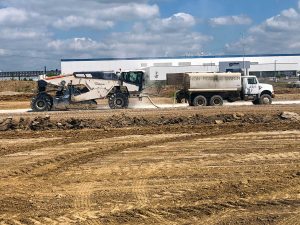 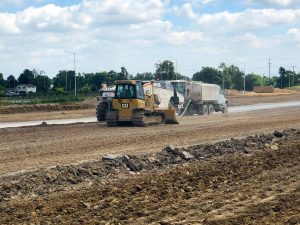 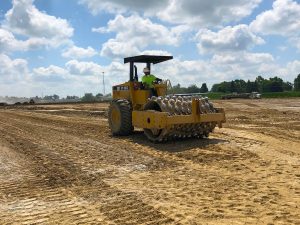 How do you stabilize soil?

Stabilization methods involve the use of chemicals to improve soil properties for engineering a better working platform for construction. Lime increases the pH of a soil, solubilizing silica and alumina that are naturally present in soils containing any amount of clay. Silica and alumina react with the calcium from the lime and water present in the soil to produce calcium-silicate-hydrates (CSH) and calcium-aluminate-hydrates (CAH).  CSH and CAH are the same interactions that are present when working with cement. They form long-term, permanent bonds that drastically improve the bearing capacity of a soil. Co-products of the lime manufacturing process can be valuable as clay content decreases in the soil. These materials bring pozzolanic properties, from the lime manufacturing process, to the soil mix where the reactions can form high-strength bonds. Portland cement can also stabilize soils, especially when there are no clay particles available to release the natural pozzolans. Cement reacts with the water content in a soil and hydrates much like in concrete to give strength to a soil. 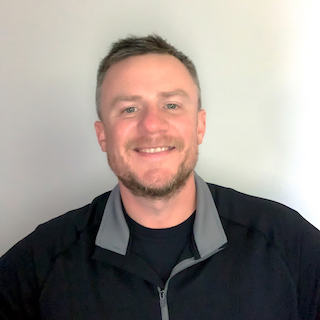 END_OF_DOCUMENT_TOKEN_TO_BE_REPLACED

What are Dredge Spoils?

What are Dredge Spoils? Dredge spoils are the sand, soil, silt and other organic matter that...

END_OF_DOCUMENT_TOKEN_TO_BE_REPLACED

What is Soil Remediation?

What is Soil Remediation? Soil remediation is the application of proven technologies to mitigate...